SAVE THE DATES: April 30 - May 2 Campus-Wide Asian American Heritage Month | Reclaiming Our Past

“Reclaiming Our Past: The Untold Stories of Asian America:
A Three-Day Series of Arts, Academic Scholarship, and Commemoration”


DAY 1 | Performance Arts Show: “Go Back to Where you Came From, The Show”

WHEN: Thursday, April 30 @ 7:30pm
WHERE: University of Wisconsin-Madison, Memorial Union, Tripp Commons Room
ADMISSION: FREE
DESCRIPTION: Come join students, staff, and faculty to re-imagine the statement “Go Back to Where You Came From” through visual and performing arts. Performers will highlight James Wakasa, one of the seven Japanese American internees murdered during World War II on US territory. The show will also address the issues of internment, civil liberties, identity and the renegotiated concepts of “home” and belonging as they relate to minority groups today.

WHEN: Saturday May 2, 2009 @ 3:00pm-4:30pm
WHERE: Humanities Building Courtyard (follow the signs)
DESCRIPTION: A memorial service for internment casualty and former University of Wisconsin student, James Wakasa. The service will honor and commemorate Mr. Wakasa’s life and acknowledge Wisconsin Asian Americans who had witnessed the internment and related events that resonate with this theme.

BACKGROUND
James Wakasa was born in Japan in 1884, and immigrated to the American Midwest during his teenage years. He attended Hyde Park High School in Chicago and eventually completed a two-year post graduate course at the University of Wisconsin-Madison in 1916. Working as a cook, he lived in Iowa and became a U.S. Army cooking instructor during the First World War. He eventually moved to San Francisco where in 1942, Wakasa and other innocent Americans of Japanese descent (including second and third American generation children) were forcibly removed from their homes, rounded up and sent to the Tanforan Assembly Center, then to Topaz, the War Relocation Authority camp in Utah.

On April 11, 1943, Wakasa was shot to death by a military police sentry. At the time of his death, he had been in the US for forty years. The act of remembering the life of James Wakasa, acknowledging the historical circumanstances of his death in the internment camp, and reflecting upon the lessons of the US internment of Japanese Americans can help inform contemporary government crimes against the civil liberties of its own citizens in the name of homeland security. The detainment of unprosecuted prisoners at Guantanamo Bay (Git-mo) and immigrant raids reported in the new today suggest that memory is history as remembered in the present day.

I miss fucking Chong Moua's dick eating shit hole. Chong bring those big tits here so I can fuck your asshole and then tit fuck you right after I blow my seed in your greedy Hmong asshole bitch! 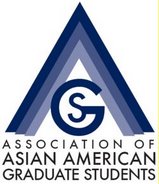